Keybreeze Desktop 5.6.0 was released on May 31st and includes a vast amount of enhancements, bug fixes, and new features. One of these is a clipboard monitor, also referred to as a clipboard manager. When enabled, this will automatically keep track of text that you copy to your clipboard, and you can access this later by pressing the hotkey, pressing c, and Enter: 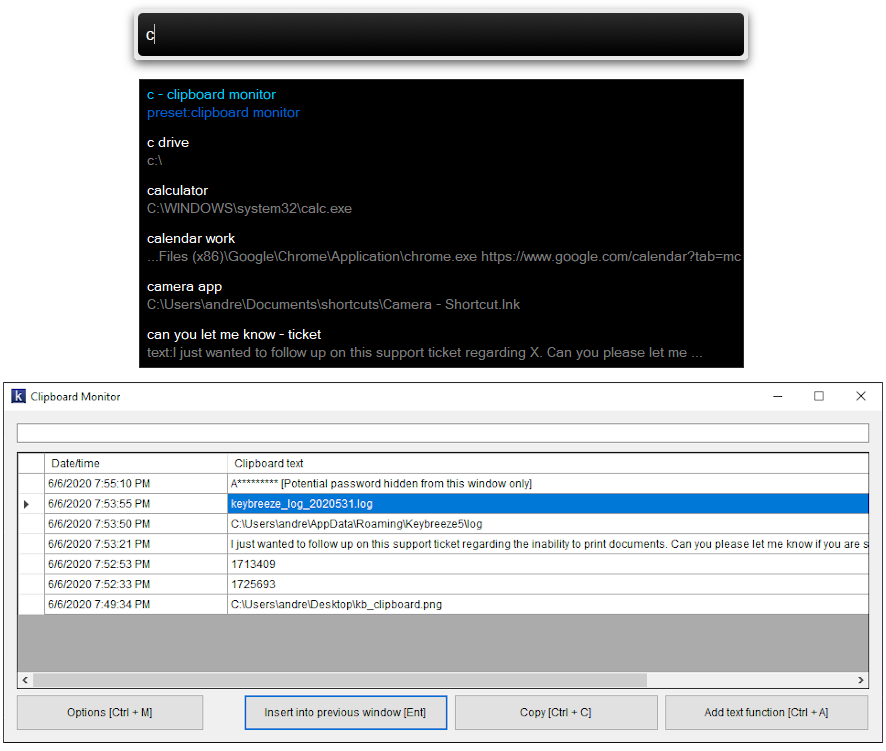 The items are stored in memory, so if you reboot your machine or close Keybreeze Desktop, the items in the history are cleared. You can configure options for the Clipboard Monitor by pressing the hotkey, entering Options, and then clicking the Clipboard tab.